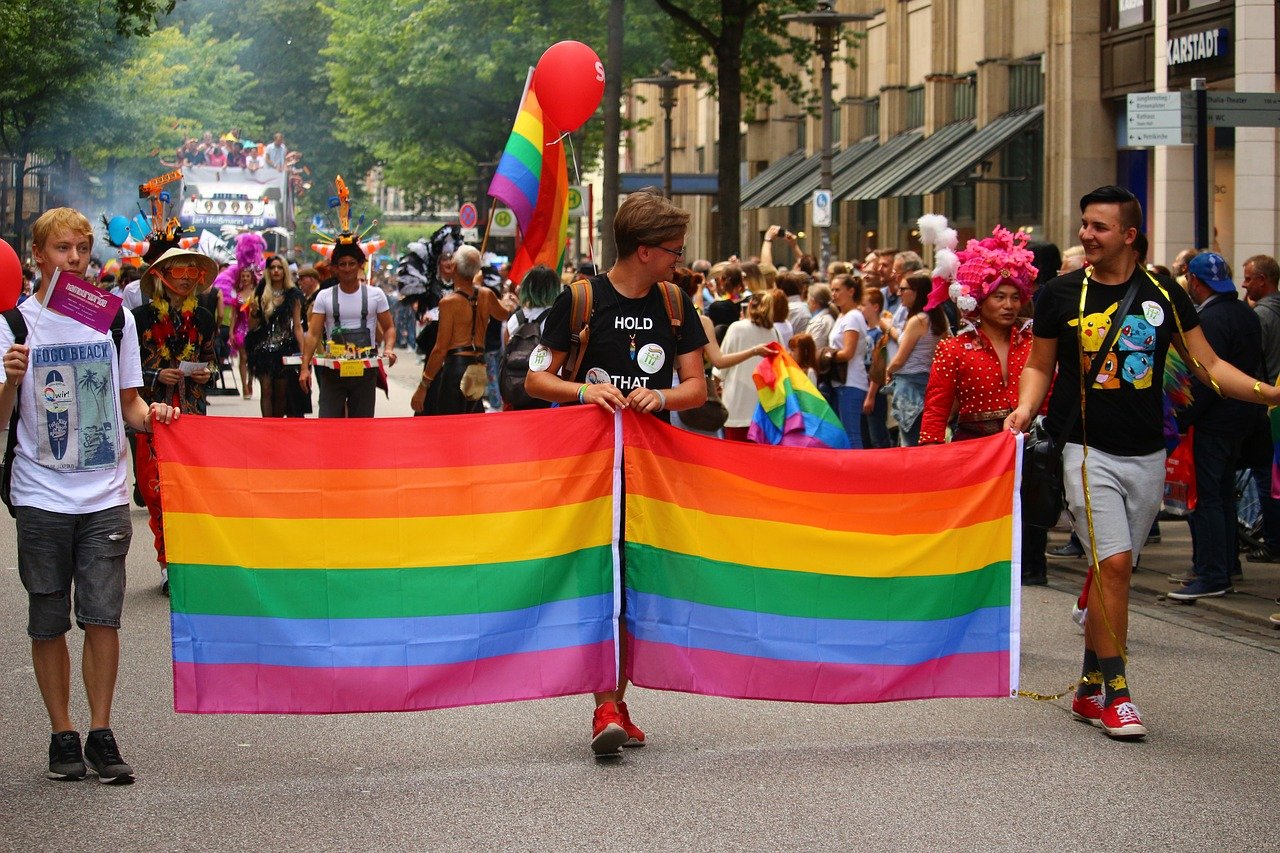 The search for homosexual genes: should homosexuals support it?

The efforts of scientists trying to identify “gay genes” are part of a longstanding tradition of problematic research focused on how minority groups are genetically different.

For many of us, the attractions of gay sex are pretty obvious. But some scientists still wonder why people do it. If gay sex isn’t reproductive, why didn’t natural selection eliminate all queers? Why, after all this evolutionary time, isn’t everyone straight?

More and more, people think that sexuality is biologically innate. Sexual preferences shouldn’t be changed and they can’t be, simple as that. By the famous Gaga chorus, we were “born like that”. Indeed, scientists may have helped promote these beliefs. Some say not only that genes largely decide your sexuality, but also that genes help explain why gay people exist.

Example: A recent post published in Nature Human Behavior investigated whether genes associated with same-sex sex were also associated with more reproductive sex. Specifically, its scientists were curious whether “gay genes” in straight people could help straight people have sex with more partners. They found this is the case because the genetic markers found in homosexuals have also been found in those who see themselves as open to new experiences and taking risks. In a nutshell, gay genes may exist because they help straight people overcome their inhibitions and get laid more. This could explain why evolution has not yet succeeded in pruning homosexuals.

At this point, you might be laughing like us. But more seriously, this study is not unique to this research team. In 2019, the same team published a study in Science on the genes associated with having ever had gay sex. The study was widely publicized and covered by Nature, NY Times, NPR and Slate. The outlets, citing the authors of the study, proclaimed that it sounded the death knell for the “gay gene”.

Far from doing this, the study went from looking for a single gay gene to looking for many gay genes. Like the recent Nature Human Behavior study, the 2019 scientific study was a “genome-wide association study” (GWAS). Using fanciful statistics, the latest technology and a massive dataset involving half a million people, the 2019 study concluded that there are five genes significantly associated with ever having had same-sex sexual relations and that the cumulative effects of thousands genes could help explain differences in sexual behavior. In other words, while the ‘gay gene’ may be dead, long live the ‘gay genome’.

Genetic research on sexuality and other complex behavioral traits is growing rapidly. Some LGBTQ+ advocates claim it shows that being gay is ‘natural’ and ‘not a choice’, and that the proliferation of sexual genetic research is something to be celebrated outright.

However, we believe that the implications of this research are much more complicated. While the Nature Human Behavior and Science studies were conducted by LGBTQ+ scientists with good intentionsthey join a long and problematic tradition of research aimed at showing how minority groups are genetically different.

Genetic research on homosexuality began in earnest in the 1990s. Scientists claimed that the genes on the X chromosomes are associated with male homosexuality. Long before that, “eugenics”, or social movements controlling human reproduction in order to increase the “fitness” of national populations, played a role in the oppression of homosexuals. Eugenics research reached its peak in the late 19th and early 20th centuries, leading to the forced sterilization and the genocide not only of gay people, but also of Jewish and disabled people in Nazi Germany, and largely of black, brown, and immigrant peoples in the United States. Even after World War II, eugenics policies and movements continued to haunt LGBTQ+ communities.

Today, most research agrees that a person’s sexuality is shaped by a combination of social, biological and environmental factors. Yet many people across the political spectrum continue to describe sexual preferences as biologically innate and fixed at birth. Some researchers suggest that those who believe that sexual preferences are innate tend to have more tolerant attitudes toward gay men and lesbians.

Others argue that “born that way” doesn’t actually increase people’s tolerance for sexual minorities. Instead, it’s used to rationalize whatever beliefs people already have about sexuality, whether conservative or liberal. On the one hand, it helped support beliefs that homosexual people are less biologically fit, and therefore suitable targets for reproductive control. On the other hand, “born this way” arguments have given tremendous support to LGBTQ+ advocacy. Campaigns to legally ban conversion therapy, a form of medical abuse that seeks to change a person’s sexual orientation, have successfully used “born this way” rhetoric to bolster their arguments.

However, increasing “tolerance” towards queer people is not the goal. Instead of being tolerated, queer people should be fully accepted, embraced and celebrated. Feminist researcher Susanna Walters reminds us that attitudes of tolerance toward sexual minorities can do more harm than good by implicitly altering them. It is telling that although there has long been a search for a gay gene, “no one is looking for a straight gene”. Scientists don’t feel the need to explain the existence of straight people, because straight people are assumed to belong. On the other hand, sexual minorities need an evolution reason to belong.

Political scientist Joanna Wuest also notes that despite helping to ban conversion therapy, “born that way” arguments sometimes conflict with queer people’s own experiences. Many radical queers see their sexual identity as a choice linked to their politics. Meanwhile, those with fluid identities and those who have long questioned their sexuality struggle to identify with an image of sexuality as stable, fixed, and innate. As political scientist Nina Hagel writing, “born that way” can support “unsustainable ideals of self-knowledge”. This can force people to get tricked into one side or choose a side before they are ready to do so.

Scientists don’t feel the need to explain the existence of straight people, because straight people are assumed to belong. In contrast, sexual minorities need an evolutionary logic to belong.

Shortly after the publication of Science 2019 study, an app claiming to be based on the study was developed which offered a “How gay are you?» genetic testing via the GenePlaza online genetic prediction platform. We already see Technology in development that allows parents to choose embryos based on the genomes of the embryos and the associated health risks. It is therefore not exaggerated to worry that genetic research on sexuality could eventually be used to develop tools for the detection and elimination of “homosexual embryos”.

We are not saying that scientists should avoid researching sexuality. Many of us are naturally curious about where our desires come from, and science can help us understand ourselves better as long as their research meets high standards. We say there is no guarantee that the current search for a gay genome will support queer liberation. Believing that sexuality is biologically innate might lead some to view LGBTQ+ people as biologically unfit. It is difficult to know, because the political consequences of science often depend in complex ways on the historical context. But for every person who uses “born that way” to win legal battles for gay rights, we know there’s someone else who uses it to portray gay people as the bad seeds of the race. human.

Queer people should not uncritically celebrate research that breathes new life into “born that way” arguments. Genetic research on sexuality is still In progress (and at this point, a little laughable). Anyway, even though there is strong evidence that we haven’t seen yet, the idea that being gay is natural does not guarantee the achievement of gay rights. It is high time we moved the fight for LGBTQ+ recognition and survival away from the “nature versus nurture” debate and into new directions. Millennials may have loved Lady Gaga, but many of us are ready to sing a new catchphrase.

If you found this article helpful, please consider supporting our Independent Reports and Truth Statement for as little as $5 per month.

2021-11-14
Previous Post: Two-thirds of people support mandatory Covid jabs for NHS and healthcare workers
Next Post: The search for gay genes: should homosexual people support it?