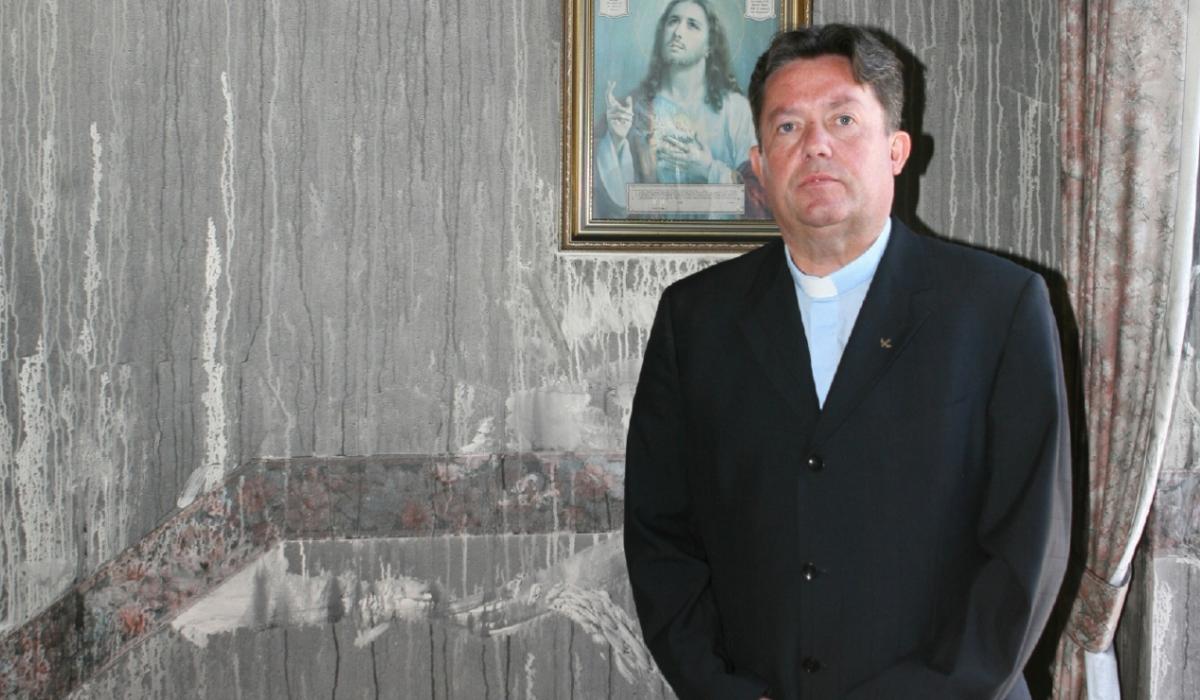 There has been an outpouring of support for former priest Richard Geoghegan in Carrick-on-Suir where he served as vicar for many years, since a controversy erupted last week over his leaving the priesthood.
The Dungarvan native, who was parish priest at Carrick-on-Suir/Faugheen before becoming parish priest at Ballyneale, announced on Twitter last week that he had been ‘officially removed from office by Rome’ January 7.
“My bishop was happy to dispense me. I am a good man. And he talks about the shortage of vocations,” said the Tweet from Mr Geoghegan, who performed an impersonation of singer Shirley Bassey on Francis Brennan’s Grand Tour of Vietnam TV show on RTE in 2017, which sparked criticism from some conservative Catholics.
Bishop of Waterford & Lismore, Archbishop Alphonsus Cullinan dismissed Mr Geoghegan’s claim that he had been sacked by Rome and in a statement said he had ‘of his own free will’ asked Pope Francis for secularization .
But the Association of Catholic Priests responded with a strong statement describing the Bishop’s treatment of Mr Geoghegan as ‘inappropriate, unreasonable and unacceptable’.
The ACP claimed Mr Geoghegan “reluctantly signed” his secularization papers confirming his departure from the priesthood as he “felt unsupported” by Bishop Cullinan.
In Carrick-on-Suir, Richard Geoghegan’s announcement was met with an outpouring of messages of support from locals on local community news Facebook pages.
And over the past two days a GoFundMe page has been set up by Martina Walsh, Community Liaison Officer for the Bridgewater House Direct Provision Center in Carrick-on-Suir, as a sign of support and appreciation from the people local for Mr. Geoghegan, who was a very popular priest in the city during his years at St. Nicholas Parish.
In her introduction to the Supporting Richard GoFundMe page, Martina Walsh said Richard Geoghegan was “loved by so many whose lives he touched”.
“He was there for the happy occasions and the saddest too. He has traveled to Nepal 10 times to help the leprosy mission.
“We would like to show our appreciation to Richard now that he is in our thoughts at this difficult time in his life,” she concluded.
Martina, who previously ran Bridgewater House, recalled that Richard had been very helpful and supportive to her and the residents of Bridgewater House during his years at Carrick and kept in touch with them.
Carrick-on-Suir Cllr David Dunne is also among locals who have spoken out over the past week to praise Fr Geoghegan’s service as a priest during his stay in Carrick-on-Suir.
The Sinn Fein adviser said there had been an astonishing “outpouring of affection” in Carrick for Richard Geoghegan over the past week.
“To me he will always be known as Father Richard. He is a good man and he was loved in Carrick-on-Suir. I don’t know the ins and outs of what happened but all I can say is that as a human being he is one of the nicest people I have ever had. met and I support him 100%.
Cllr Dunne recalled that when Richard Geoghegan celebrated Mass, a wedding or a baptism, he always made the ceremony very personal, easy and enjoyable for the parishioners.
“That is why, when he celebrated Mass, there were always many young people present.”
Meanwhile, the Association of Catholic Priests, in a statement, said it was with “dismay and sadness” that it heard the news that Richard Geoghegan had left the priesthood.
The group claimed that Richard Geoghegan’s reluctant signing of his secularization papers after 28 years of service to the Diocese of Waterford & Lismore had left him “without an income, homeless and dependent on a pittance of financial settlement”.
The nationalist contacted the office of the Bishop of Waterford & Lismore to see if he would like to respond to the ACP criticism. A spokesman said the bishop was not commenting further on what was a private and confidential matter.
The spokesperson referred The Nationalist to the statement issued by Bishop Cullinan last week in response to Richard Geoghegan’s Tweet. He said: “Of his own free will, Richard Geoghegan petitioned Pope Francis for the secularization of the priesthood on March 31, 2021.
“During the meeting last March, Richard went to the diocesan offices, accompanied by a chosen confrere, to sign the request to the Holy Father for laicization. On December 15, 2021, Pope Francis granted Richard Geoghegan’s petition meaning he is no longer a priest. I want to acknowledge and thank Richard for his pastoral ministry over the years and wish him well for his future.