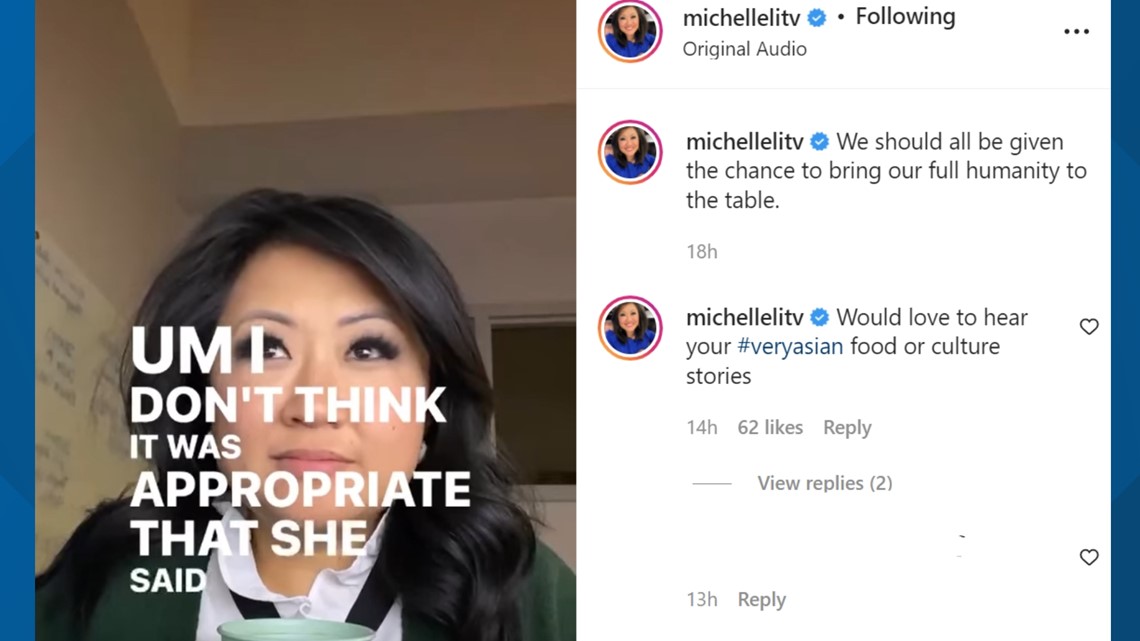 SAINT LOUIS, Missouri – I’ve been working as a reporter for just over 20 years, and negative viewer feedback is not new. People love to tell you they don’t like your hair, your voice, your skin color, your gender, your weight, your name, and the list goes on and on.

It can be embarrassing to say the least, but most of us have developed scar tissue around the way the public perceives us. Don’t get me wrong, I cried and lost sleep over a lot of things I got from people, but I know it’s part of the job. It has always been part of the job. Women are much worse than men. Have you ever seen an overweight, bald woman in the anchor chair? I would love to support one if you know of any.

Social media and email have made comments worse over the years because it’s so easy. People who take the time to physically compose a letter and send it in the mail or search for a station’s phone number and leave a message really go the extra mile to let you know they’re angry. and need to speak to a manager. .

And on New Years Day, I got the wrath of a woman who was upset that I had eaten dumpling soup, a tradition for many Korean and Korean Americans.

You can watch the clip here:

What do you eat for the new year?

It was a simple story: Americans eat green vegetables for wealth, black-eyed peas for luck, cornbread for gold, and pork for progress. And then at the end, I said, “I ate dumpling soup. That’s what a lot of Koreans do.”

The entire television segment was less than 30 seconds long.

I didn’t think it meant much, but some people explained how it spoke to them:

One person tweeted: “Thank you for mentioning Asian New Year traditions. We need to include more discussions that include various traditions because young people” see you “.

@MichelleLiTV Thanks for mentioning Asian New Year traditions. We need to include more discussions that include various traditions because young people “see you”.

“Thanks for shouting out to Asians eating stuffed dumplings on New Years Eve. My wife is from Korea and makes tteok mandu guk (sliced ​​rice cake and dumpling soup). I look forward to it every time. C ‘was our daughter’s first time doing it on her own.

I wish you a blessed year. “

Those two comments got me excited – that my one improvised little line made an impact on people (neither of which were Korean, like that mattered.) I then posted the clip to instagram with a caption that says in part:

It’s not about being mad about the defect, it’s just saying, I see you in the back! Give me the noodles! “

The reason I said this is that I am an Asian American and a Korean descent. I grew up in Missouri and was raised by white parents. I reconnected with my Korean family in 1998, and since then I have integrated Korean culture into my life.

So like many American families, we do a mixture of traditions, if at all. As I watched my own social media feeds, I saw many of my friends eating a mixture of foods and playing games – Korean dumpling soup, Chinese noodles, cabbage, etc. And since I have a mixed-race son, I think it’s important to expose him to Korean culture in our everyday life.

When I read this story, I thought about adding a little line because who defines American culture these days? I’m American. My friends are Americans. And even growing up in Missouri, I didn’t grow up eating cabbage, cornbread, or pork on New Years. My sister-in-law said she grew up eating pickled herring. We have different and shared experiences.

What I mean is I thought it was important for me to mention a little phrase as a joke, but I didn’t think it was serious.

A caller thought the opposite:

The woman said, “Hello, tonight your Asian presenter mentioned something about being Asian, and Asians eat dumplings on New Years Day. Eat this on New Years Day.” I didn’t think it was very appropriate for her to say that, and she was very Asian. I don’t know. She can keep her Korean to herself. Okay, sorry. It was boring Because if a white man said That would get fired (laughs). So say something about what white people eat. Okay, thank you. “

The message was about a minute long, twice as long as the story itself and about ten times as many sentences.

I posted myself while listening to the post, and apparently a few people noticed.

Gia Vang, morning presenter at KARE 11 in Minneapolis, shared what the Hmong eat on New Years Day and used the hashtag #VeryAsian. The hashtag and tweet started to gain traction overnight Saturday:

Hmong people consume a lot of Hmong sausage, chicken, pepper pork at this time of year. @MichelleLiTV I must be # Very Asian too much right now. https://t.co/oU40GkBWtu

Social media users, authors, influencers, journalists, actors and politicians began to share the tweet as well as their experiences with racism or their holiday traditions.

“Imagine walking through this world with these kinds of thoughts going through your head. God bless you, Michelle… ” Rex Chapman, former NBA player and social media influencer, tweeted.

On New Years Day, Chinese people eat noodles to celebrate longevity, dumplings for prosperity, and whole fish as a hope for abundance, to name a few. It is a joy to discover the traditions of other cultures.

I’ll say it, give me her number # Very Asian https://t.co/mwGywInx5x

KING 5 host Mimi Jung tweeted she was angry with the voicemail and took out dumplings from the freezer to enjoy it.

Twenty years ago a reader sent the editor of my newspaper a letter criticizing my article on tea, calling me a fortune cookie, and saying they should have hired an American. This shit doesn’t stop. @MichelleLiTV, say something. Dumpling Posse has your back. ?? # Very Asian https://t.co/FIhznsWo1d

Even though #VeryAsian spends some time on social media, I want to say that I don’t blame anyone for having an opinion, although I do think they are racist, fanatic and wrong.

On the question of dumplings alone, all cultures seem to have a dumpling – has anyone ever had a pierogi or pelmeni? And who doesn’t like that?

Plus, what she said turned out to be a gift. I loved seeing so many people sharing their photos and family stories on social media. There is more good than bad.

Someone tweeted me something like, “Well what would you say to him? I can’t find the tweet as there have been a lot since then. But I responded with something like, “I would say thank you. Thank you for giving me the motivation to be #extraAsian.”

We are all just people trying to exist. If I had the chance to talk to this woman, I would love to have a sincere conversation with her – maybe we could do that over a bowl of dumplings. In St. Louis there are many great options.

KSDK made a statement, saying:

KSDK fully supports our excellent, award-winning presenter / reporter Michelle Li. One viewer advised Michelle to “keep her Korean to herself” when Michelle announced on a TV newscast about the Korean tradition of eating dumpling soup for good luck on New Years Day. At KSDK, we embrace the diversity of the people we hire, the stories we tell and our local community. We will continue to support Michelle and celebrate diversity and inclusion.