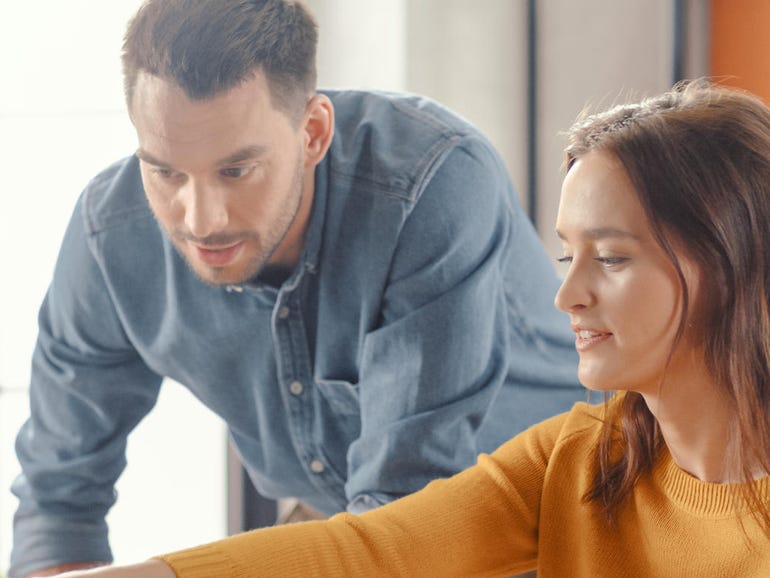 The past 12 months – with the harsh working conditions caused by the coronavirus pandemic – have proven the importance of keeping people engaged and supported. So what’s the best way to build an IT organization that people love to work for in the long term? Four digital leaders give us their best advice.

1. Give your staff a sense of empowerment

Tarah Lourens, head of product and technology at Rightmove, says the key to creating an organization that employees love is making sure the right things are in place for success. This means first and foremost giving people the autonomy to perform their roles effectively, while having the influence to go beyond their day-to-day tasks.

“The team is empowered and empowered to do what they feel. No one in the company says ‘you have to do it this way.’ It’s up to us to help shape the right approach. working closely with everyone in the business – and everyone has an opinion that is valued, ”she says, referring to how her IT department works alongside the rest of the business.

SEE: Over 100 Tips for Teleworkers and Managers (Free PDF) (TechRepublic)

“As a technical team, we play an important role in driving the experiences you have as a customer, which for a technology organization is super exciting – and I think few companies can really say that.”

Lourens says there are a few other things that help make sure workers are happy. She says these factors – which focus on the environment and purpose – are often “hygiene factors” for executives looking to keep their talent on the side. However, this does not mean that the delivery of these elements should be taken for granted.

“You have to offer things like a really nice office, a really informal environment, a really low hierarchy and low politics; we don’t overdo it with structure and processes. And then the other thing that’s important is having a real purpose as a business and creating a philosophy that people can support, ”she says.

Boots UK Rich Corbridge’s CIO techniques for fostering engagement were developed during his career as an IT manager. He says companies need to continually focus on their people: “Treat them like people, keep them engaged, keep communicating. ”

Corbridge uses a range of techniques. Every Friday, he hosts a session called “Can you give me two minutes?” “. He sends a note before these meetings that asks, “What did you do this week, what are you doing next week and what’s going on?”

“It’s about celebrating success and giving people the big picture of what we’re doing in IT: videos, written context, and guest speakers,” he says, explaining how recent speakers included the Global CIO of Boots UK’s parent company, Walgreen Boots. Allliance, the company’s chief of staff and global head of Microsoft Retail.

Corbridge uses another technique – known as golden time – which was developed during the pandemic, but which may also continue in the new post-pandemic normal. During this hour, employees spend quality time with their peers.

“They do whatever they want: virtually walk around with a coworker, have a beer later with a coworker, but they’re doing something with coworkers and trying to ban the work chat they’re talking about. trying to create that “Does anyone want to go to the pub?” conversation, ”he said.

Gary Delooze, CIO at Nationwide, says his organization focuses on psychological safety, which is making employees recognize that you will not be punished or humiliated for expressing ideas, concerns or mistakes.

“The ability for people to feel like they have a voice is really, really important because not only does it make them more motivated to actively contribute to the team, but it also means they feel like they can contribute. more broadly on the broader trade agenda, ”he says.

Delooze says his organization worked with business agility practitioner Jonathan Smart on how to implement some of his ideas around a concept known as Better Value Sooner Safer Happier (BVSSH), which is a results-oriented approach with the aim of continuously improving the means of work.

He says this approach helps Nationwide IT professionals feel that the work they do individually relates to the larger purpose of the organization. Delooze says if you can create that connection then it becomes a lot easier to make people feel engaged and empowered.

“It’s really about how to bring all of these ideas together, such as Agile or bring racing and change together,” says Delooze. “One of the elements of this job is that if you do these kinds of things, the pressure and stress comes out of teams as they reach a pace that allows them to do well and successfully.”

4. Make sure people know their work is important.

Chris Porter, vice president of talent acquisition and matching at BP, says the configuration and structure of a business is critical to creating a sense of well-being and belonging.

Porter believes BP’s recent corporate reorganization – and its ongoing transition to being a net-zero company by 2050 or earlier – has helped reduce segmentation and bring people closer to the company.

“I think it’s very important to focus on our goal, so we have our ambition and the pursuit of that goal as a collective is very powerful. I think there is something important about having a common goal and a collective vision, ”he said.

Porter says another crucial part of building an organization that people love is making sure the company gives people the right tools and then allows employees to work in a meaningful way: “How do we get away from it? their way, so they can show us exactly what they can do. “

Finally, Porter says that good leadership is a critical factor when trying to build a happy and successful organization. “You are never as good as your boss,” he says.

“I think we really need to focus on that within BP – and we have been, and we will continue to do so. And it’s not just the leaders who run people, it’s everyone; everyone is a leader, it’s about ‘how can you really help us shape our future?’ And I think with this shared vision and goal that we have now, it just gets a little easier. “

2021-06-15
Previous Post: The future of personal services in the post-pandemic world
Next Post: Who made the shortlist for this year’s CIPD People Management Awards?