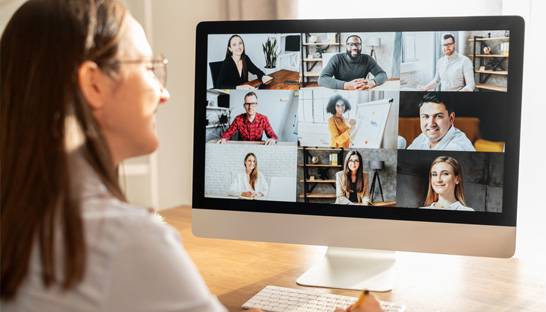 While people management has become more time consuming for many managers during the lockdown, most see it as an improvement in their working lives. More than half said it was “a privilege” and the most important part of their job, while less than 2% said it “interfered” with their duties.

Much has been said about the impacts that the displacement of work in the domestic space has had on the mental health and productivity of workers, as well as on their transforming expectations for the post-Covid-19 period. Now, a new study has highlighted the many ways managers have also seen their jobs change over the past year.

According to data from performance management firm Actus, up to 95% of managers believe that managing remotely during the pandemic was “entirely different” from managing face to face. Respondents to the Actus poll also said a number of core activities have moved up and down their agendas over the past few months.

When asked what people management behaviors were most important in a remote environment, unlike face-to-face interactions, a large majority of 82% said providing frequent recordings and one-on-one interviews was significantly more important to their work than before. As workers were removed from other team members, these interactions were an important form of support, although they perhaps seemed more cumbersome and formal than the ad hoc engagements usually enjoyed by managers with team members. .

At the same time, while relatively few managers thought that ‘disciplining or fixing’ performance issues was more important during the lockdown, 58% felt that recognition and praise was more important in the current landscape, as was the personal interest for an individual, at age 57. %. Again, as face-to-face interactions were phased out, setting clear goals, recognizing accomplishments, and taking an empathetic approach proved to be more effective in ensuring employees were continually motivated. and encouraged to work. This is something that seems to have paid off, when you look at the various reports revealing that productivity increased during the lockdown.

Lucinda Carney, CEO of Actus Software, summarized: “These results demonstrate a clear change in the style of managing people in a remote environment and the importance of creating a learning culture based on trust and support by giving. teams the possibility of enjoying greater autonomy … However, remote people management requires a level of collaboration in which teams receive regular and informative feedback to ensure that employees are adapting well to this entirely new environment. It’s also taking extra time to recognize your team’s accomplishments while genuinely caring about your employees in a workplace that’s now defined by distance. 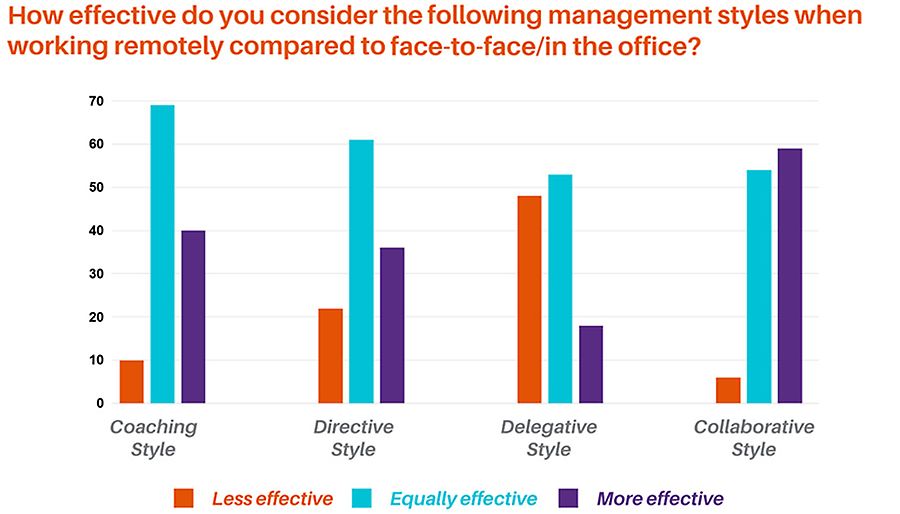 This has seen people management become more time consuming. When asked about the most effective management style, a “collaborative” approach, in which clear objectives are discussed and agreed together, was voted as the most effective style in a remote environment, while a non-intervention style “Delegative” was elected the least effective. As a result, 55% of those surveyed said they spent more or a lot more time on people management activities, and only 16% said they spent less.

However, whether this is necessarily a problem depends on who you ask. When asked what they think about managing people, almost 40% said managing people was a key responsibility that they took very seriously, while a majority of over 57% considered it “a privilege” because they liked to get the best out of others. In contrast, less than 2% found its time-consuming nature to be something that “gets in the way of your work”.

In an age when employees face uncertainty both at home and at work, being proactive and adopting a people-centered approach is clearly a defining trait for effective people management – but even when the crisis is of Covid-19 is finally coming to an end, the global economy and the instability and environmental uncertainty it has engendered will remain. If so, and if employees are more productive overall when working in this way, it would surely appear that the lessons learned from the lockdown regarding people-centered management are set to continue in the post-pandemic world.