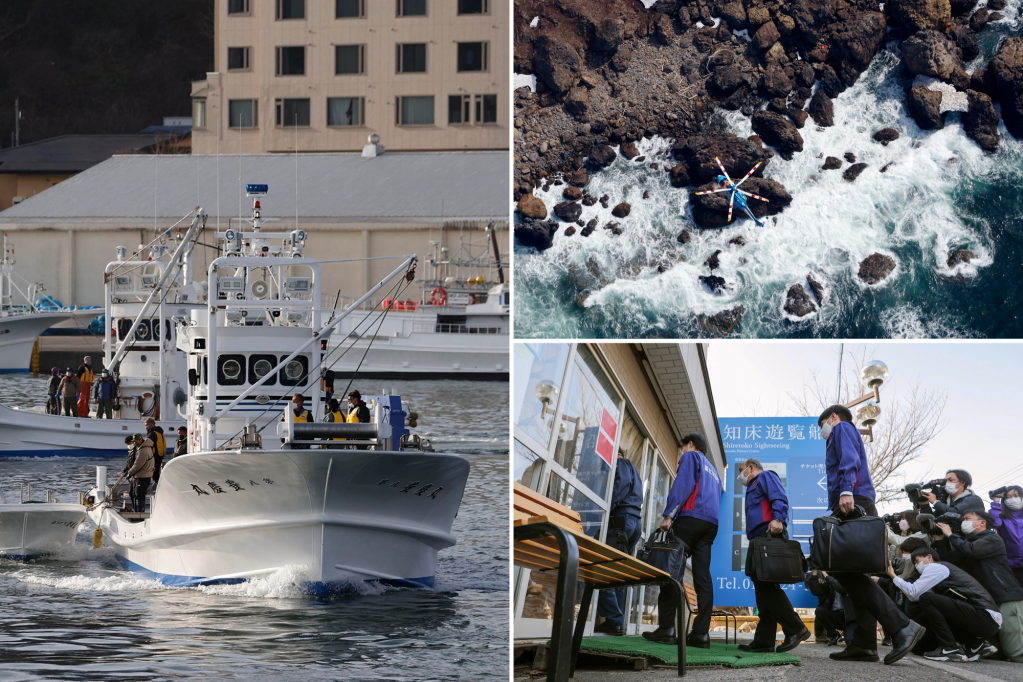 TOKYO — Japan’s guard said 10 of 26 people aboard a tour boat that sank in freezing waters in a northern national park have been confirmed dead.

The search for the others is still ongoing a day after the boat sent out a distress call saying it was sinking.

The Coast Guard said on Sunday the bodies of the 10 victims included seven men and three women.

There were two crew members and 24 passengers, including two children, on the tour boat when it ran into trouble on Saturday afternoon near the tip of the Shiretoko Peninsula.

The location is known as a difficult place to maneuver boats due to its rocky coastline.

The Department for Transport has launched an investigation into the operator of the boat, which had two accidents last year.