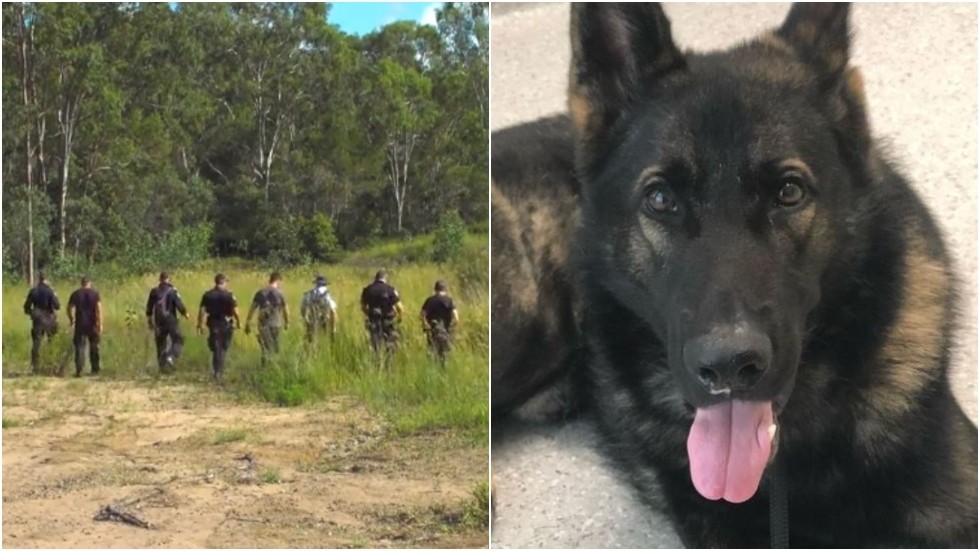 The K9 became separated from its handler while chasing a suspect in the bush near Brisbane, Australia on Tuesday

A massive search operation involving officers and volunteers is underway outside the Australian city of Brisbane after a police dog got lost while on duty earlier this week.

PD Quizz, a three-year-old Sable German Shepherd, was separated from his handler while chasing a suspected car thief in the Ipswich area, about 40 kilometers west of Brisbane’s central business district on Tuesday .

The suspect had abandoned the stolen vehicle and attempted to escape through the bush. The dog followed him into the thick vegetation and had not been seen since.

Queensland Police have been doing all they can to find the dog, which local media have described as “beloved.” Helicopters, drones and around 100 people have scoured the Ipswich bushland over the past four days, according to ABC.

The questionnaire was “irreplaceable,” the dog handler, Senior Constable Dan McGreevy, said in a video uploaded by police to Twitter.

“I grew as much as a person with him as much as he grew,” McGreevy insisted, adding that he was “eternally grateful” for anyone trying to help find his friend.

The bond between a police dog and its handler is unlike any other, and for Senior Constable McGreevy, PD Quizz is considered part of his family💙🐾
Anyone with information about Quizz’s whereabouts is urged to come forward immediately. pic.twitter.com/uUkEVraCVF

Police had offered a reward for any information about the dog, but so far searches had been fruitless.

The quiz could have been “hooked”, said Michael Thiesfield, police inspector. “It is likely that a member of the public could have chosen [him] up…and shelter the real dog”, he said, adding that such things had happened before.

“We will never give up” looking for the missing K9, Thiesfield insisted. However, he said if Quiz was not found by Sunday afternoon, a coordinated effort to find him would be curtailed.