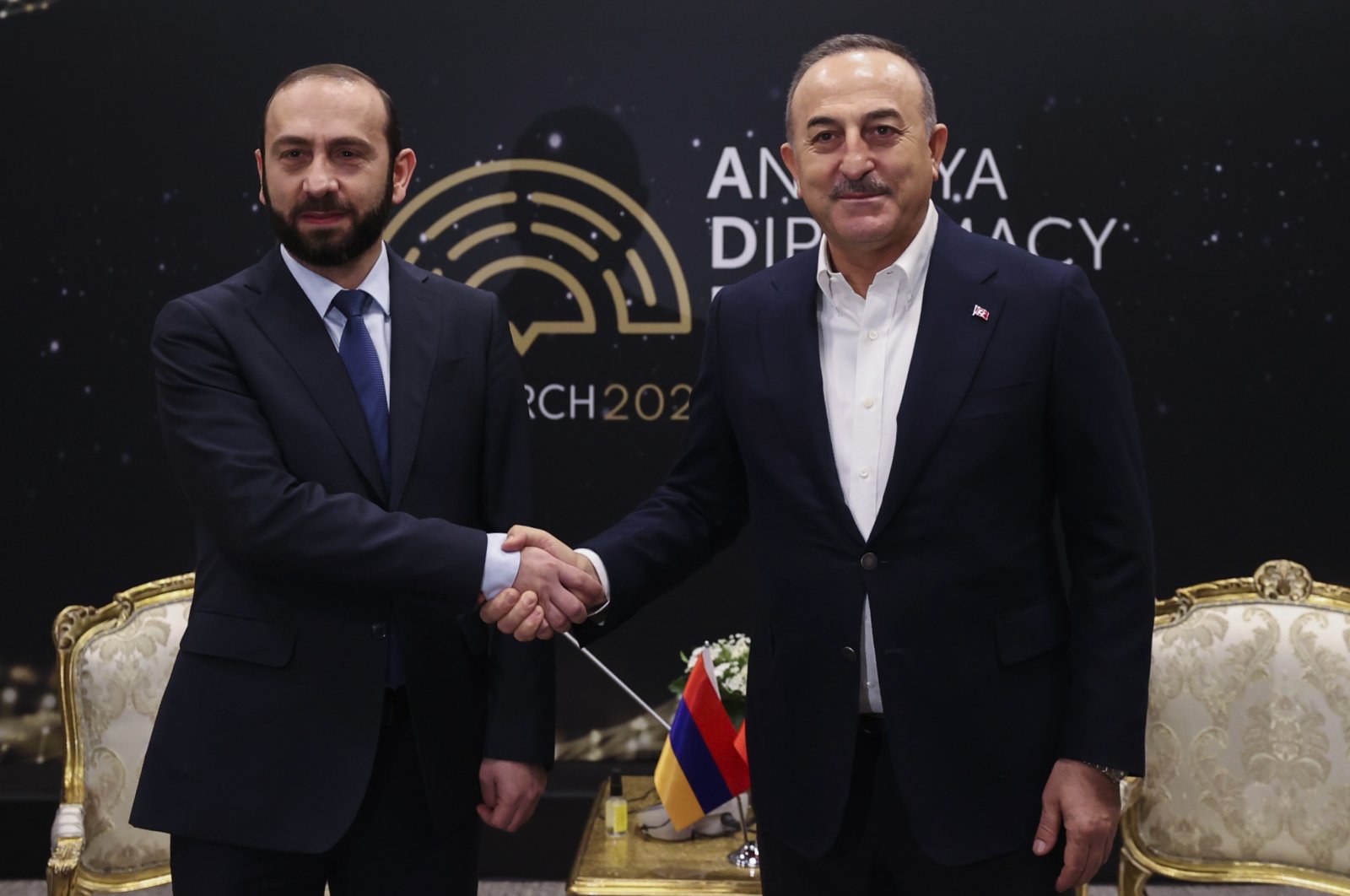 The Armenian people support the normalization of relations with Turkey, the South Caucasus Foreign Minister said on Tuesday, stressing that Yerevan is ready to establish diplomatic relations and open its border with Turkey.

“Generally, the Armenian people want to normalize relations,” Ararat Mirzoyan said in a written interview with Anadolu Agency (AA) after attending the Antalya Diplomatic Forum, where he discussed the two countries’ normalization efforts with his Turkish counterpart Mevlüt Çavuşoğlu. in a landmark meeting.

Mirzoyan said public opinion polls also reflected popular support for rapprochement between the two countries that have long been at odds on a range of issues.

Some groups in Armenian and Turkish societies are skeptical of normalization, he noted, stressing that officials on both sides should “take political leadership to resolve these issues.”

On Saturday, a historic meeting took place between Çavuşoğlu and Mirzoyan on the sidelines of the Antalya Diplomatic Forum. It was Armenia’s first high-level visit to Turkey in a decade.

“During my meeting with Minister Çavuşoğlu, we exchanged views on some sensitivities and I hope they will be taken into account,” Mirzoyan said.

Speaking to reporters, Çavuşoğlu described the meeting with his Armenian counterpart Mirzoyan as “extremely fruitful and constructive”.

The Foreign Minister stressed that Ankara is striving “for stability and peace in the South Caucasus and we receive everyone’s support in our efforts in this direction”.

Çavuşoğlu also noted that Azerbaijan supports the normalization process between Ankara and Yerevan.

“Stability and peace in the region are in all of our interests, and we will continue to take steps in that direction,” he added, noting that he and Mirzoyan had reached an agreement to do so.

Envoys from Turkey and Armenia, Serdar Kılıç and Ruben Rubinyan, held their first meeting on January 14 in Moscow and the second meeting in Vienna on February 24, agreeing to continue negotiations without preconditions aimed at full normalization of relations .

“I traveled to Antalya to participate in the Antalya Diplomatic Forum in order to once again reiterate the political will of the government of the Republic of Armenia to achieve full normalization of relations,” Mirzoyan said, adding that this effort with Turkey was aimed at “opening the era of peaceful and sustainable development in the region.

Asked how the current normalization process was going, Mirzoyan said, “Overall, we see it as positive.”

“Armenia is ready to establish diplomatic relations and open borders,” he stressed.

“I was happy to hear from my Turkish counterpart that there is political will on their side to lead the process to this end as well,” he said.

“Amid the rapidly changing situation in the world, I believe we should not hesitate to take concrete action.”

Regarding the benefits of the normalization process, the Foreign Minister said that people are already enjoying direct flights between Istanbul and the Armenian capital Yerevan.

“The opening of borders will have a positive impact on connectivity, trade and economic relations between the two countries, people-to-people contacts and overall stability in the region,” he added.

On the possibility of reciprocal official visits between Turkey and Armenia, he replied: “Needless to mention that if the normalization process goes smoothly and we achieve positive results, mutual visits can take place.

The borders between the two countries have been closed for decades and diplomatic relations are suspended.

Armenia and Turkey signed a historic peace accord in 2009 to restore ties and open their common border after decades, but the accord was never ratified and ties remained strained.

Relations between Armenia and Turkey have always been complicated. During the Nagorno-Karabakh conflict last year, Ankara supported Baku in its war that saw it liberate Azerbaijani territories from the occupation of Yerevan.

Keep up to date with what is happening in Turkey, in its region and in the world.